Start your new journey with a certified fitness professional. 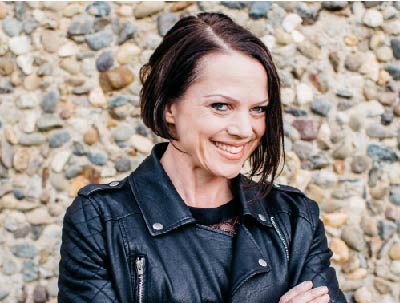 Deborah, a former college athlete, has been a fitness instructor since 2015. A lover of all things fitness. Through her own journey in health and fitness she understand the challenges and importance of taking a holistic approach to exercise, diet and healthy lifestyle choices. There has never been a fitness challenge she hasn’t wanted to conquer or a person she isn’t inspired to help. She thrives on challenge and competition, and believes that, “anyone can accomplish anything with someone in their corner”. She believes in the strength of team and is ready to partner up with you to help you overcome your fitness challenges. She is a ACE certified personal trainer, has done certifications with Mossa, TRIBE, Les Mills, Stages Cycling, and TRX. Her hobbies include running, yoga, water sports, hiking, and connecting with people! Whether you are 8 or 88 she is ready to help you take your next step to be the healthiest you! 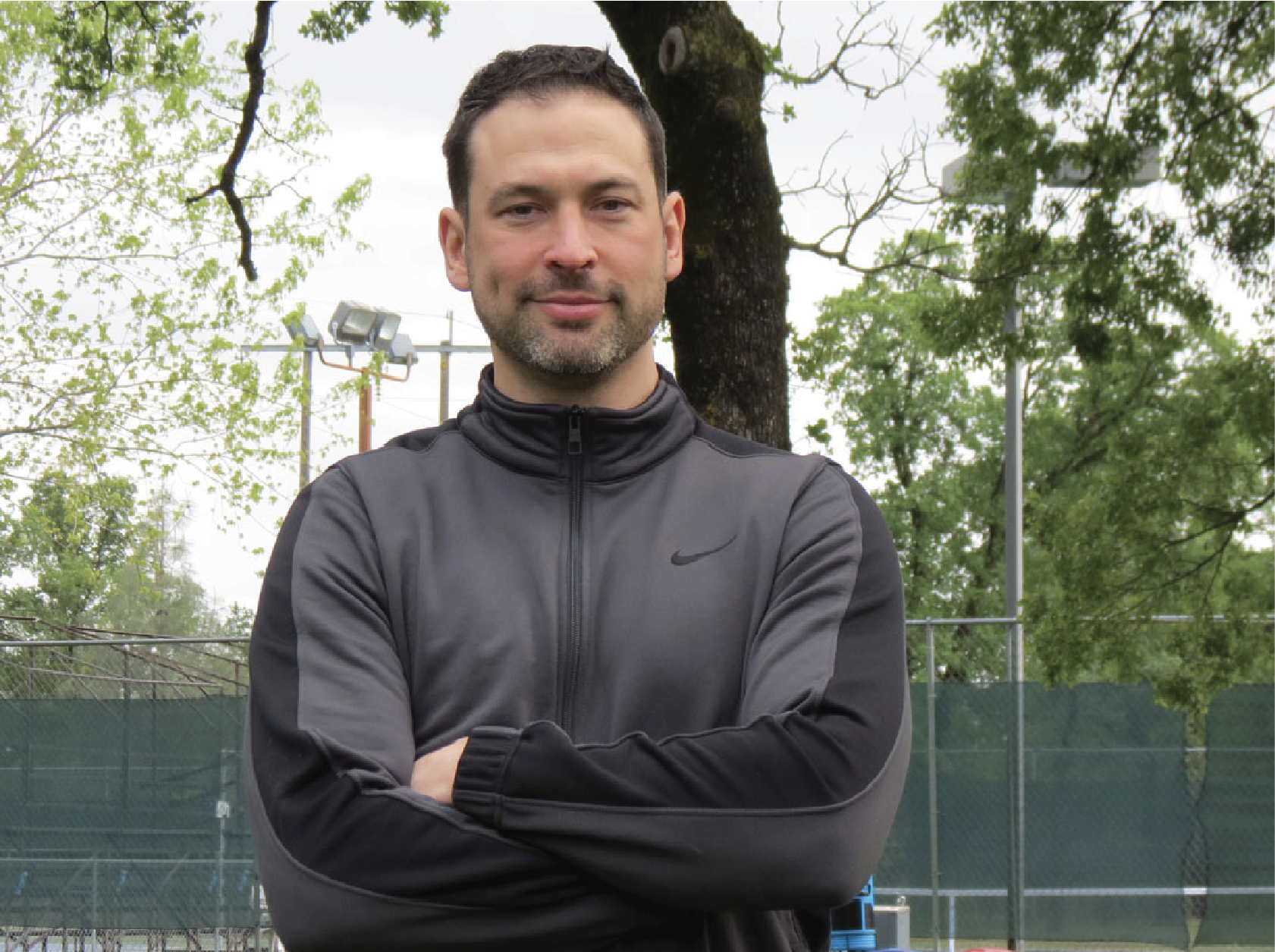 Matt, who hails from North Carolina, joined the Sun Oaks management team in August of 2011. Before coming to Redding, he developed his training background and philosophy through his experience in clinical research, coaching, and business marketing. This philosophy includes a focus on vision, progression, and fun in the training process.
Matt received his degree in Exercise Physiology from the University of North Carolina – Chapel Hill. He continued his education and development in exercise and training with a personal training certification from the American College of Sports Medicine, corrective exercise specialist from the National Academy of Sports Medicine.
Matt also works as the Head Trainer in the Athletic Dept; coaching and facilitating sport and athletic training programs. His expertise includes a Strength and Conditioning Specialist certification from the National Strength and Conditioning Association, and a Level 1 Sport and Performance certification from the US Weightlifting Association.
If you have any questions or need any help, feel free to stop by the weight room office and say hello. Matt is ready and willing to help with any of your exercise aspirations and goals. 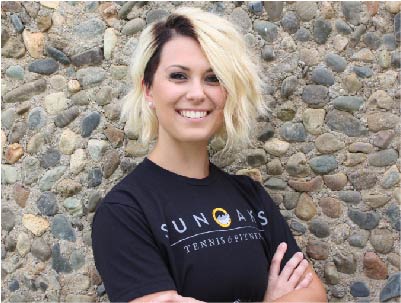 Taylor has lived in Redding for 5 years with her spouse their 2 children. Taylor’s passion for health and fitness blossomed at a young age and has always been something she loved to pursue. Taylor always strives to love her best life, which led her to become an ISSA Certified Personal Trainer and an ISSA Certified Sports Nutrition Coach. Taylor’s heart and passion is to walk side by side with clients in their wellness journey to achieve and sustain their goals, whatever they maybe. 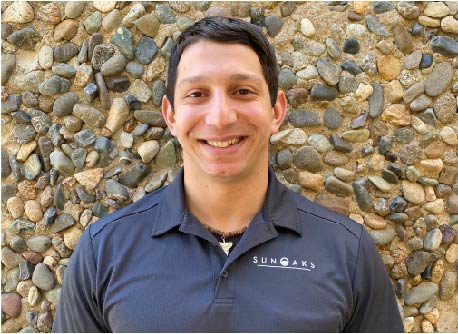 I was born March 14, 1995 and lived in Kansas and Missouri until 1999 when we moved to Redding. I attended Enterprise High School and graduated in 2013. During my senior year of high school, I enlisted into the Marines Corps. Three months after graduating high school, I shipped out to boot camp and graduated as a United States Marine. In 2014, I completed combat training school in San Diego and technical electrician schools in Pensacola, Florida in order to work on military aircraft. I received further training in Little Rock, Arkansas in order to work on KC-130 air refueling aircraft. Upon graduation from Arkansas, I received orders to report to my permanent duty station at Navel Air Station Joint Reserve Base Fort Worth. Upon promotion to the rank of Corporal, I attended school to become a Marine Combat Instructor of Water Survival. I graduated second in my class of 30. While in Fort Worth, I was also assigned to the Dallas Toys For Tots Warehouse where we collected, organized, and shipped out more toys to children than any other Toys For Tots location in the United States. In 2015, I attended The Marine Combat Marksmanship Coaches course and graduated top of my class, outperforming everyone in rifle and pistol shooting. With the schools I completed, I was able to run the Marine Units on our base through swim qualifications, teach Marines how to survive in aquatic environments, as well as coach them on their annual rifle and pistol qualifications. I had the opportunity during he last two years in the Marines to compete in the 2016 and 2017 Marine Corps shooting competitions with our squadron’s shooting team. I was asked to join the Marine Corps’ pistol team; however, due to the fact I had less than a year of service left in the Marine Corps, I was unable to participate. My service in the Marine Corps ended in September of 2018. I stayed in Texas and became an armed guard and then a lifeguard. In January of 2019, I took and completed a K9 explosive detection dog handlers course for a private contracting company in North Carolina for three months. Unfortunately, the K9 company was in financial distress and I left their employment and moved to Las Vegas to attend an Israeli Counter Terrorism School. I returned to Redding to reassess my options. I decided to become a group fitness instructor. Subsequently, I obtained personal training and nutritionist certifications. 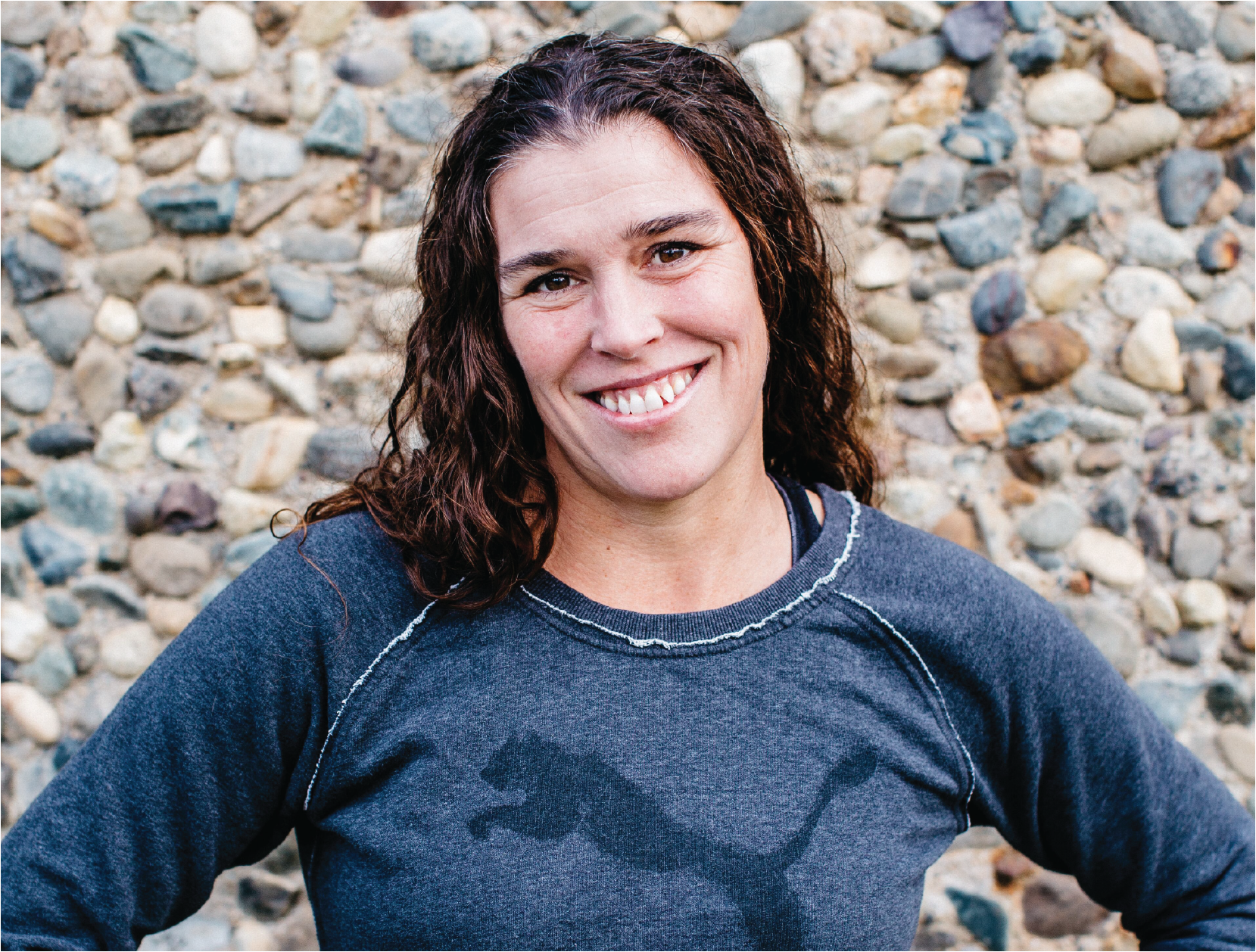 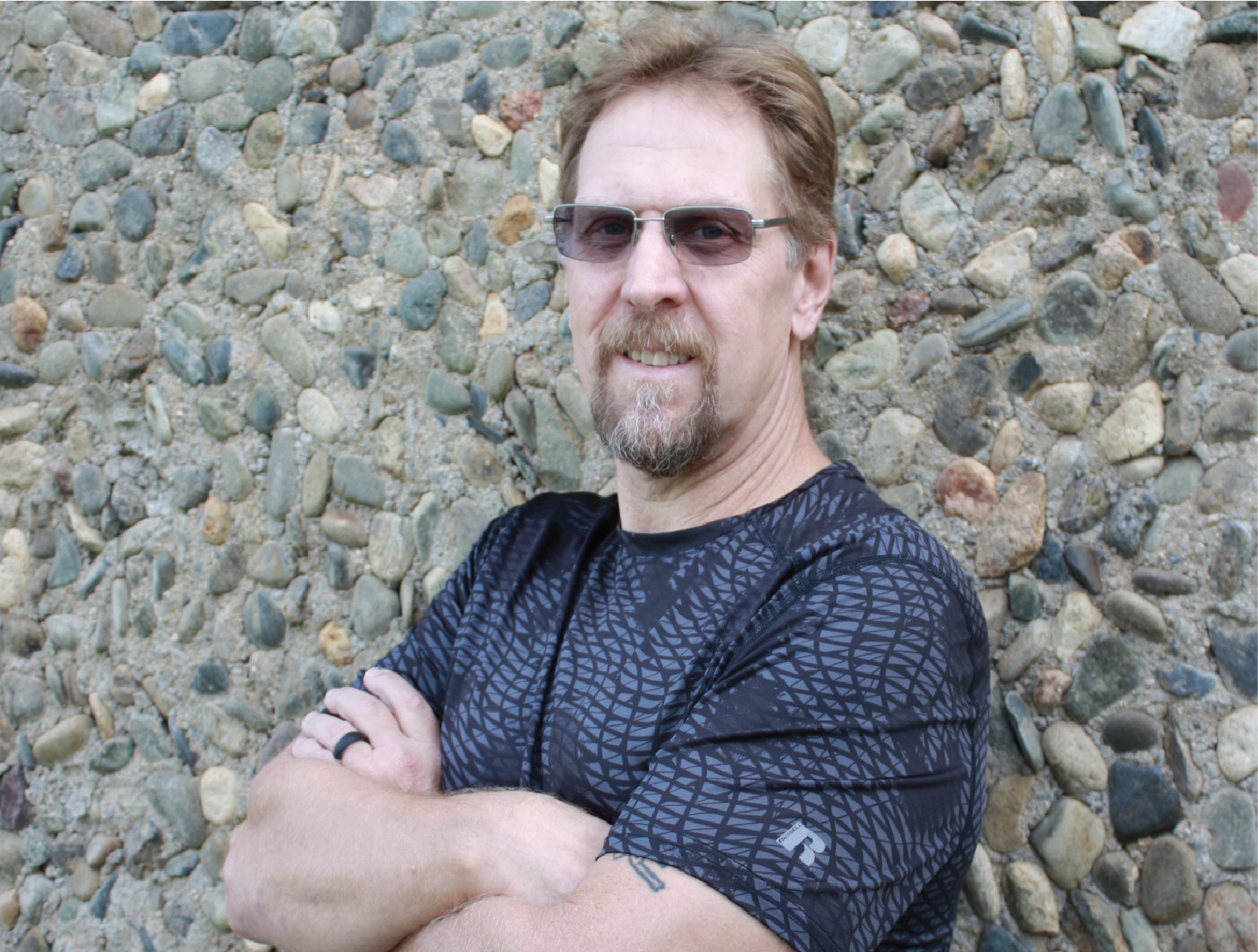 David has always had a passion for exercise, including weightlifting, a black belt in Shotokan karate, and happy hour at Cattleman’s. With over twelve years of experience in personal and group training, he brings a unique blend of the conventional and unconventional, combined with a rich background in Martial Arts and the Armed Services.

In 2007, David personally took up training for triathlons. in addition to personal training, and small group training, he runs a popular triathlon training program here at Sun Oaks; including two “triathlite” races per year. David’s motto is “Do what you love/love what you do, and you will reach success.” It’s this attitude that he brings into every exercise and training session. Wendy hails from Seattle, WA but has called Redding home for the past 10 years. During her childhood in the PNW, Wendy grew up primarily in the outdoors; backpacking, mountaineering, skiing, mountain biking, climbing, and trail running! This, coupled with education in Psychology and Outdoor Leadership, developed a great love for the outdoors, a fitness oriented lifestyle, and a passion for helping others experience these things as she has. Wendy has guided backpacking trips for various companies for several years and has taught the Summer Adventure Trainings for Sun Oaks. Now off the trail, she has pursued personal training to continue guiding people through their fitness journeys and up and over their own personal mountains. Since having a family, Wendy has dove into the world of Ultra Running…not to compete in races, but to run various routes mapped out in the Trinity Alps and Lassen National Park. She has spent the last year writing race plans and helping coach people through their training journey for Ultramarathons. You can find Wendy (and her daughter, Ellie!) around the club throughout the week and on trails or in the snow with her husband and Golden Retriever, Sauvie, on the weekends! Wendy is an NSCA Certified Personal Trainer. 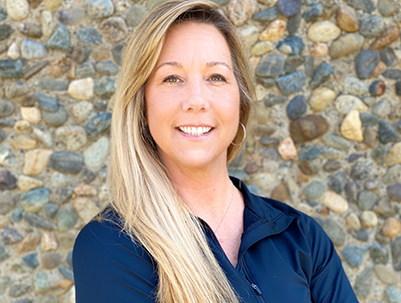 Jill Grew up in Southern California and made her way up to Redding in 2010. She has been the fitness industry for 20 years and has worked with countless clients to help them develop a balanced lifestyle through the mind, body, spirit connection. Over the years she has developed the tools and resources to lead a well-balanced life through fitness, clean eating, and mindful living. Through relationship and accountability, she helps her clients stay focused and realize their success. She has obtained a master’s degree in Psychology with an emphasis in wellness and is currently working on a PHD in Public Health. Jill specializes in working with clients to help them remove barriers of fear and defeat, so they can passionately run after their dreams. After successfully raising four children on her own, she now enjoys mountain biking, kayaking, reading, and writing in her spare time.

Jill has been a certified Personal Trainer since 2010 with I.S.S.A. She also has a certificate in Cardio Kickboxing from American Kenpo Kung-Fu, Silver Sneakers, and Zumba. 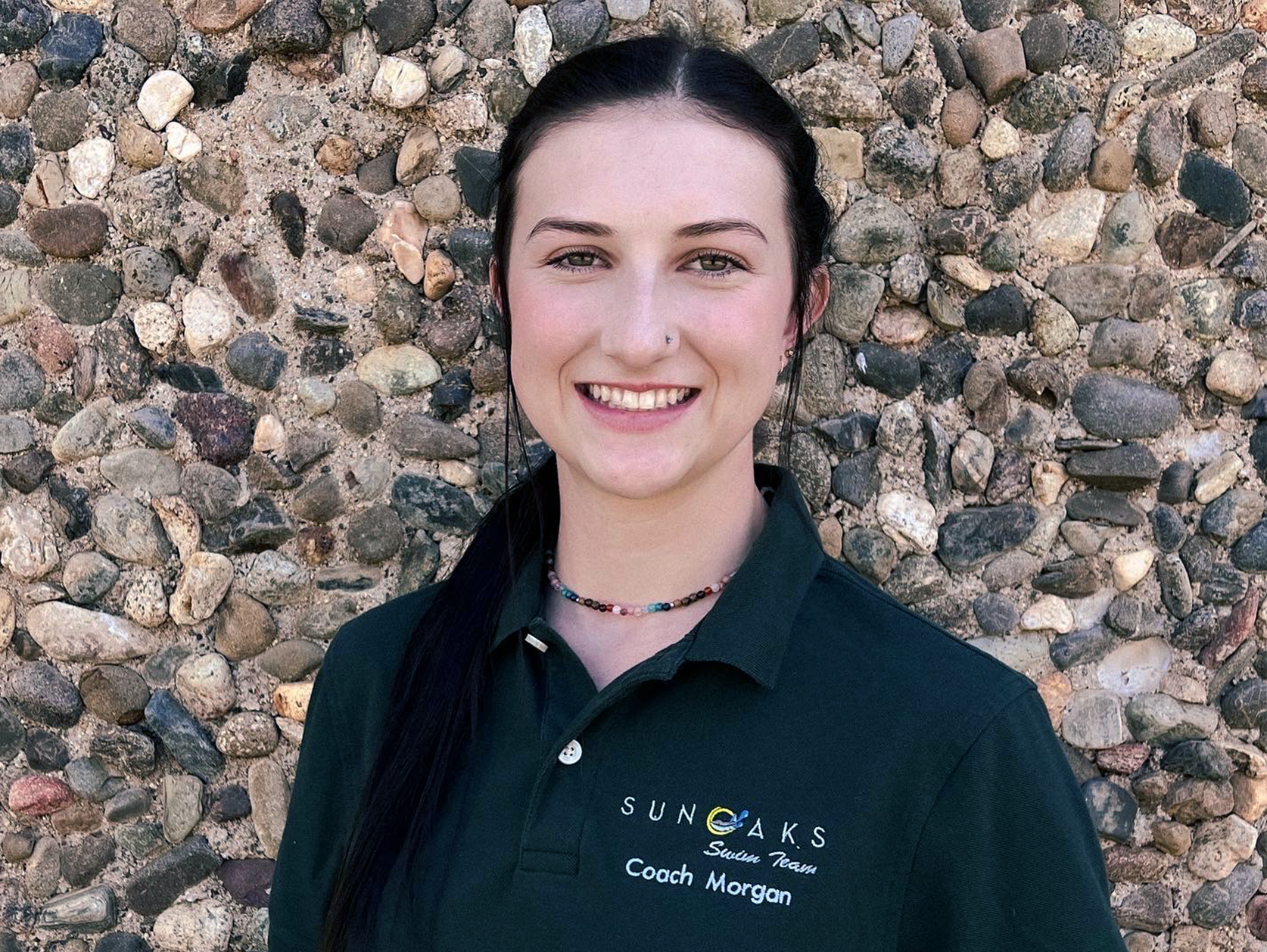 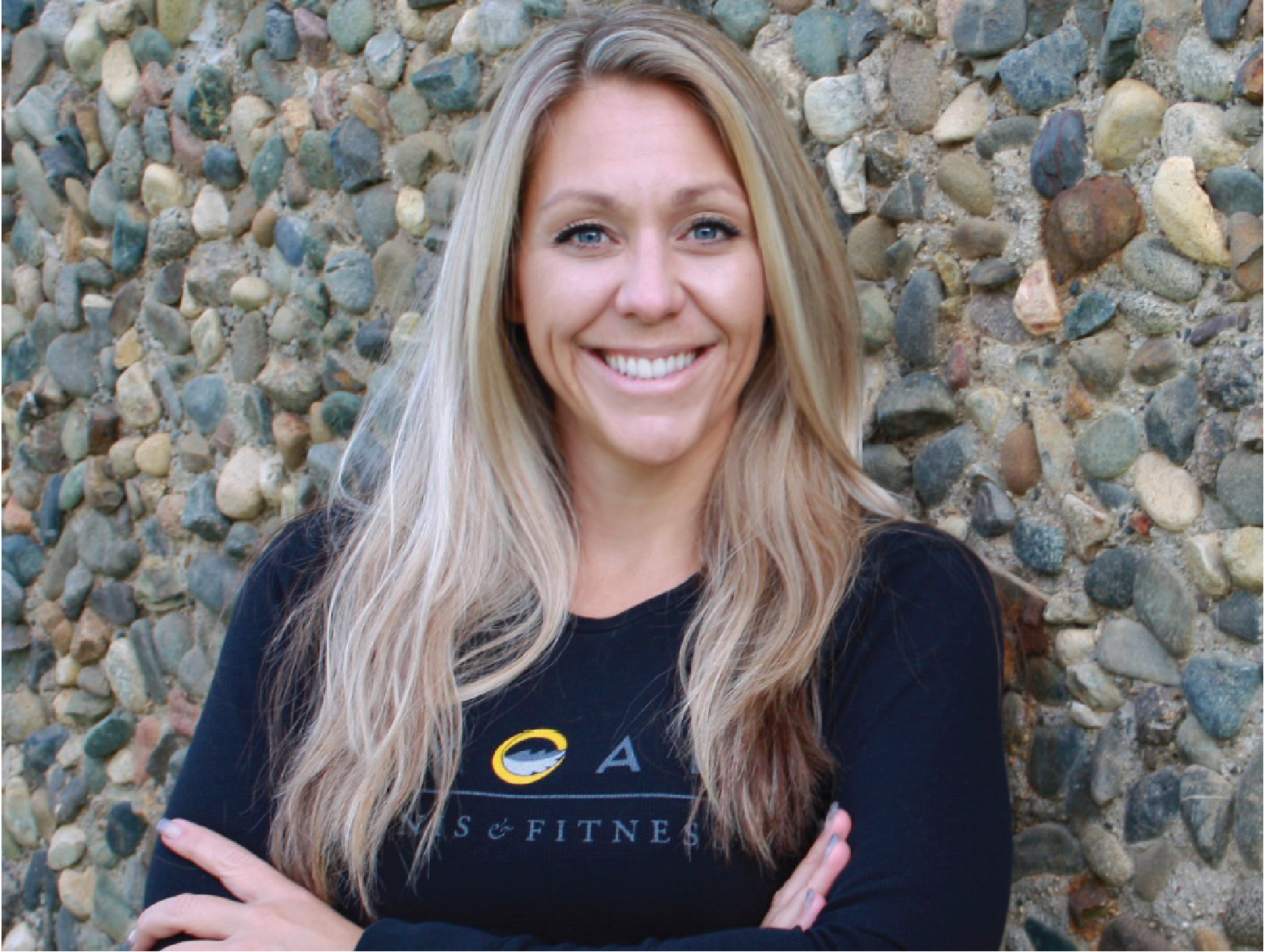 Born and raised in Redding CA. Sophie grew in an active family as well as doing a variety of sports which fed her hunger for a career in athletics. She started at a young age playing volleyball, basketball, softball, and soccer. Sophie later got into running, weight lifting, yoga, Jiu jitsu, and dance. She has always had a passion for fitness which led her to wanting to learn more about it. This lead her to take college classes in nutrition and fitness, weight lifting, kinesiology, and conditioning. She also attained her certified personal trainer certificate as well as taking courses in swim instructing.  Sophie worked as a swim instructor for a little over two years. Throughout these years is when it became clear that my passion lies in teaching and fitness. Currently she is going to school to further her knowledge in fitness as well as working on her realtors license. Her goal is to connect with people while helping them achieve their goals! 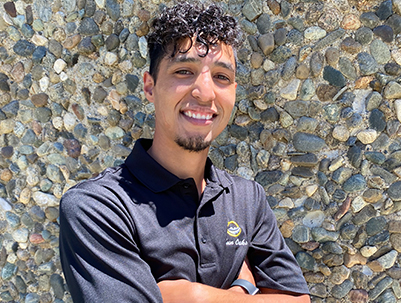 My name is Dante Ramos, I am the Master’s Swim Team coach, and I am excited to be a part of Sun Oaks personal training!
I am currently a student at Simpson University where I am pursuing a bachelors in psychology. I’ve participated in Athletics my entire life. I played football in elementary school, took a short break, then began swimming in highschool. I swam for the Swim team at Clovis Community College; then competed for the Inaugural swim team at Simpson U.
As of now I spend my spare time weightlifting, with my new goal of being able to “clean” 100kg. My workout style is pretty simple; Clean Hard Work. I like to keep my workouts simple so that it is easier to bring the intensity; which comes as physical effort AND the performance of disciplined reps. However, with this being said I always throw down to loud music and I’m never afraid to have a good laugh.
I look forward to working with you!
dante@sunoaks.com 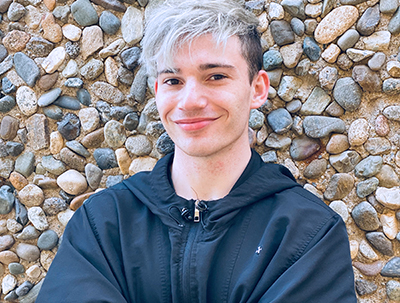 Boot Camp is a total body circuit training workout. Build both strength and cardio in a 30 min blitz! Click Register below to see group times and prices.

Email David at swimbikerun@sunoaks.com with questions on how to join a Bootcamp team today. 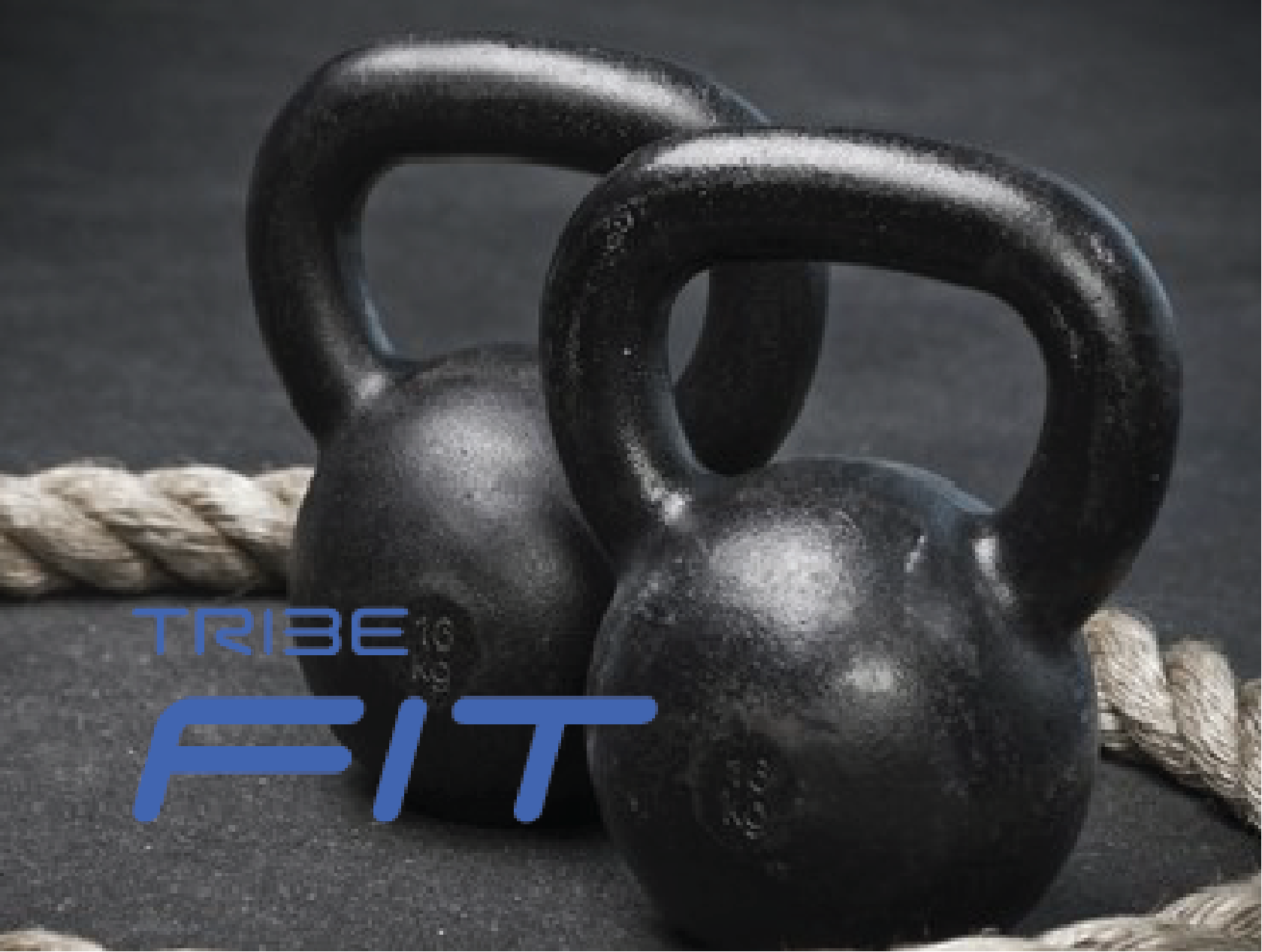 Tribe FIT is a progressing six-week season of high-intensity exercise designed to bring out your inner athlete and encourage healthy competition along with a team experience. Build your mind and body with a team!

Email sarah@sunoaks.com for more information or with questions on how to join a TRIBE team. 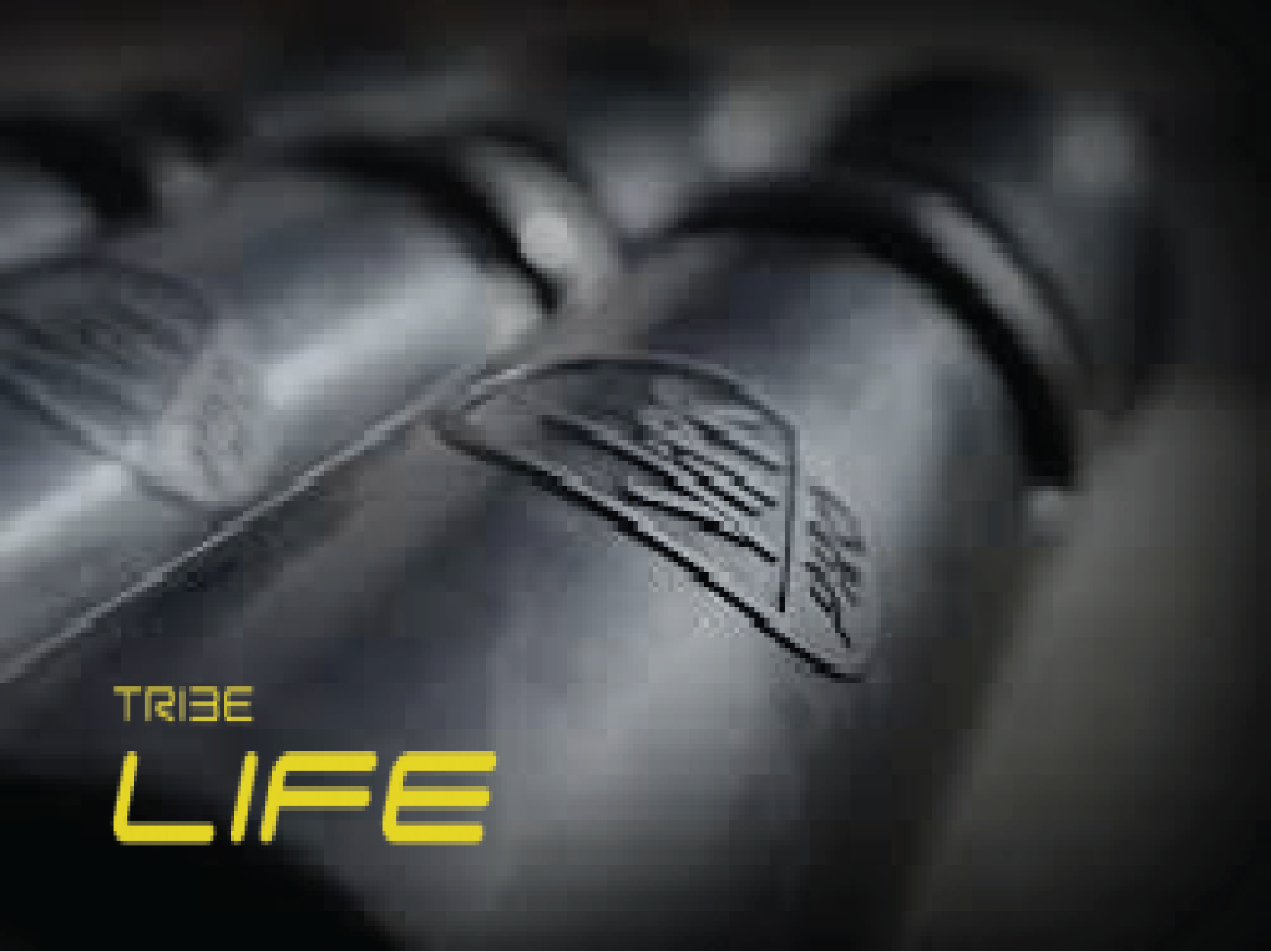 Tribe LIFE is a progressing six-week season of Low Impact Functional Exercise. We utilize a compilation of body weight exercises, dumb bell work, ViPR moves and more to build strength, endurance and confidence for LIFE! Build your mind and your body with a team! 1 hour

Monday/Wednesday at Noon
Tuesday/Thursday at 5:30pm

Email sarah@sunoaks.com for more information or with questions on how to join a TRIBE team. 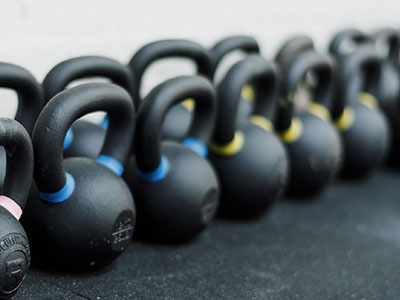 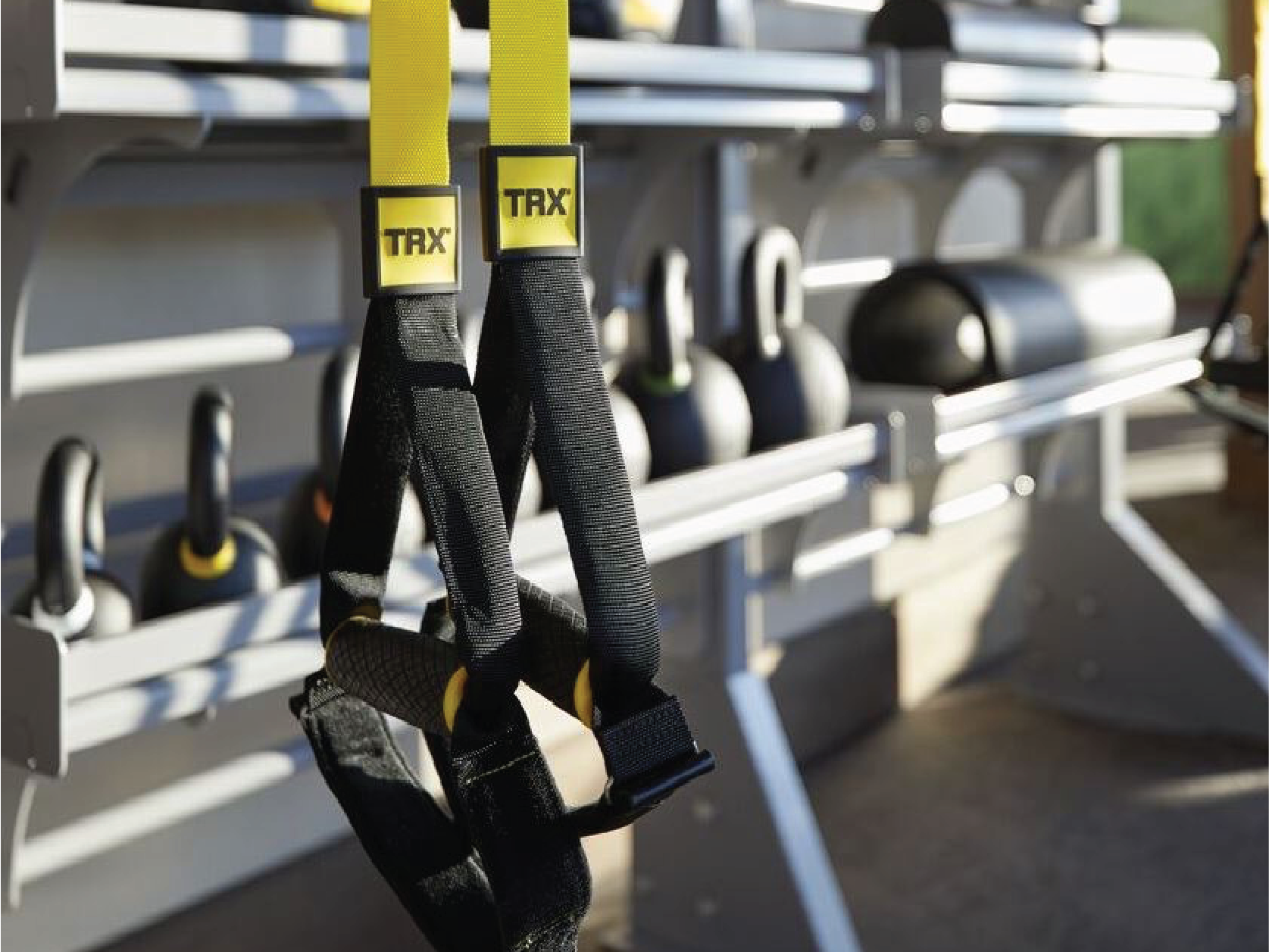 Weekday Warrior is a friendly group committed to a daily mash-up of Cardio, Strength, and Flexibility. Join the Weekday Warriors and mix up your fitness routine!

Email Coach Deborah with questions or to register. Deborah@sunoaks.com Email fitness@sunoaks.com with questions about The Studio and our programs.

Want to learn more about personal training? Contact us here to get started!